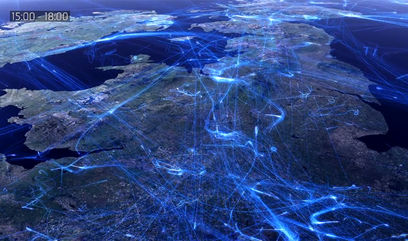 The French Saint-Exupéry Institute for Technological Research, in Toulouse, launches its largest collaborative research project (15 partners, € 10.6M over 4 years), HighVolt, to support industrialists in the development of new generations of components and electrical systems, for a more electric aircraft.

The LSEE laboratory is a partner of the project !

The LSEE lab (one of the MEDEE founding member) has been selected as a partner of the project!

The Laplace, a joint CNRS / INP unit of Toulouse / Paul Sabatier University, will be the second academic of this mainly industrial consortium, including Airbus, Alstom, Liebherr Aerospace, Safran, Latelec (specializing in cabling and interconnection systems), Akka Technologies, Sogeti, and Nidec Leroy-Somer, as well as startups such as Nawa Technologies, based in Aix-en-Provence and specializing in new generation Electricity storage devices.

One of the challenges of the HighVolt project is to accompany the technological breaks necessary to increase the voltages and electric powers to gradually move from the more electric plane to the all-electric aircraft. The HighVolt project will focus this work on voltages above 500V and embedded systems (excluding propulsion). The idea is also to develop the synergies between aeronautics, automotive and rail.

Read the full article in french on industrie-techno.com